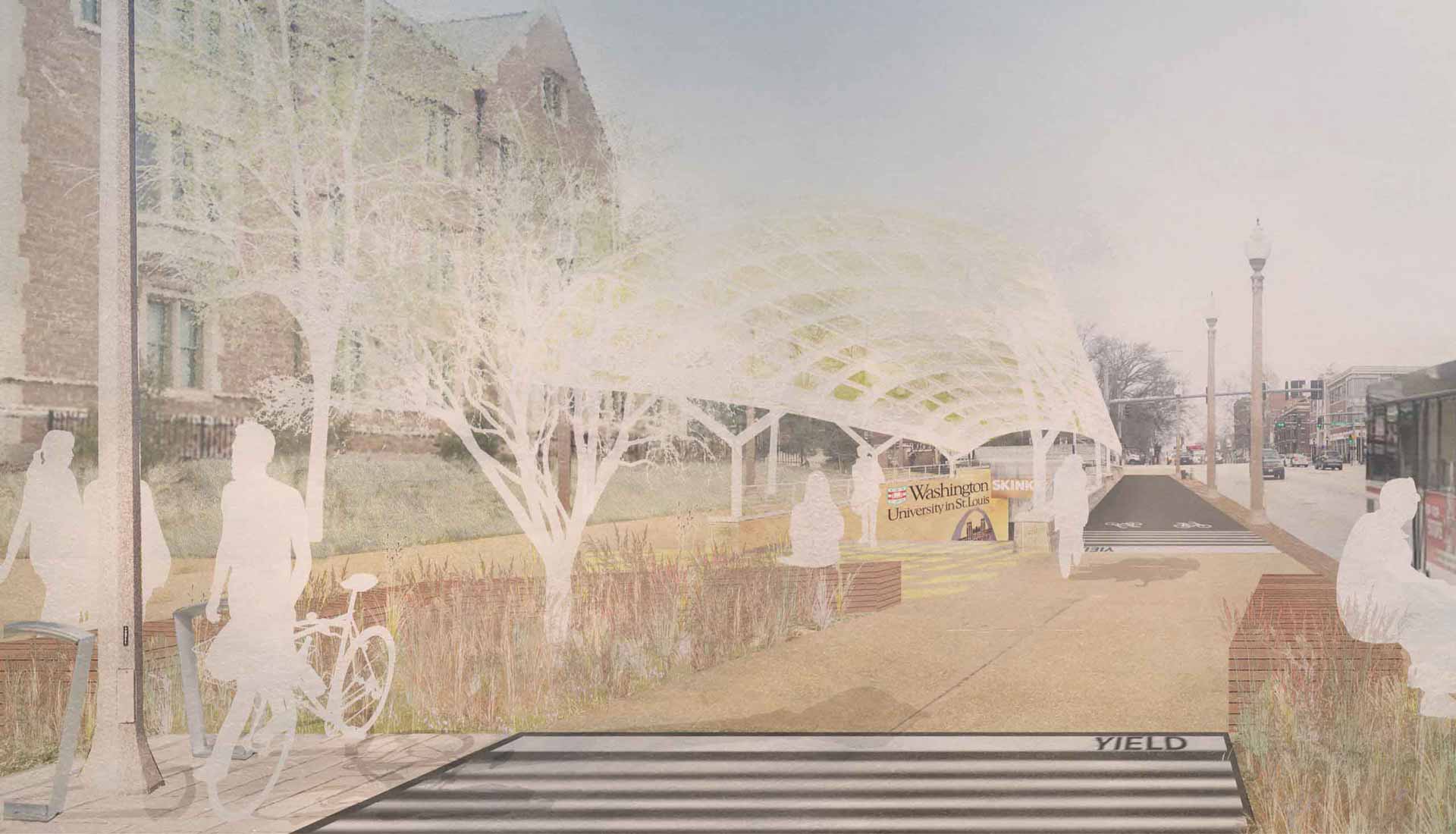 Awards
About the Project

The East End Perimeter Project stems from the East End Central Landscape Project at Washington University in St. Louis. The East End Perimeter was studied both to ensure that new mobility strategies and a developed plant and hardscape palette employed within the interior of the East End Campus relate to the exterior public face, and to study potential implementations of a continuous perimeter Pedestrian and Bicycle Pathway as recommended by the WashU Mobility Framework Plan (developed by Arbolope & Schulze+Grassov).

The project closely studied adjacent connections including existing and proposed pedestrian and bicycle paths in Forest Park to the east, along Skinker Blvd to the north and south, and around the Danforth Campus to the West.

The Perimeter Project Design included: new sidewalks and two-way bicycle path around the East End of the Campus; improved Metrolink and Metro Bus Station along Skinker Blvd with a new bike parking node, seating area, new stairs and bridge access for the underground station and a colorful entrance canopy; new pedestrian lighting; new campus monument signage; and the development of a new perimeter planting design with street trees, low-maintenance and native/adapted plants that create a sustainable yet elegant landscape statement at the campus’ most prominent face.